Elton is a Schitt's Creek fan and posted a photo of himself with the cast and crew of the Canadian-made TV show on social media. He also wished them luck at the Golden Globe Awards, which were held on Sunday night.

The show wound up with two trophies. Besides Best TV Series, Musical or Comedy, Catherine O'Hara won for Best Actress in a TV Series, Musical or Comedy.
Last year, the series won nine Emmys. Elton then said: ''I love 'Schitt's Creek' for its big Canadian heart, but three things made this show an all-time favourite of mine.
''One: They name-checked me in an episode. Two: I met the cast backstage at one of my shows in Italy. And three: I found out that Daniel Levy was named after one of songs. I challenge any other nominated comedy to top that.'' 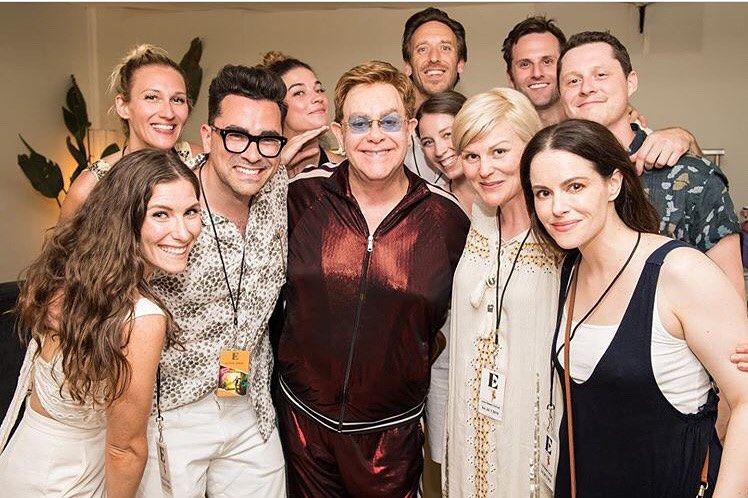